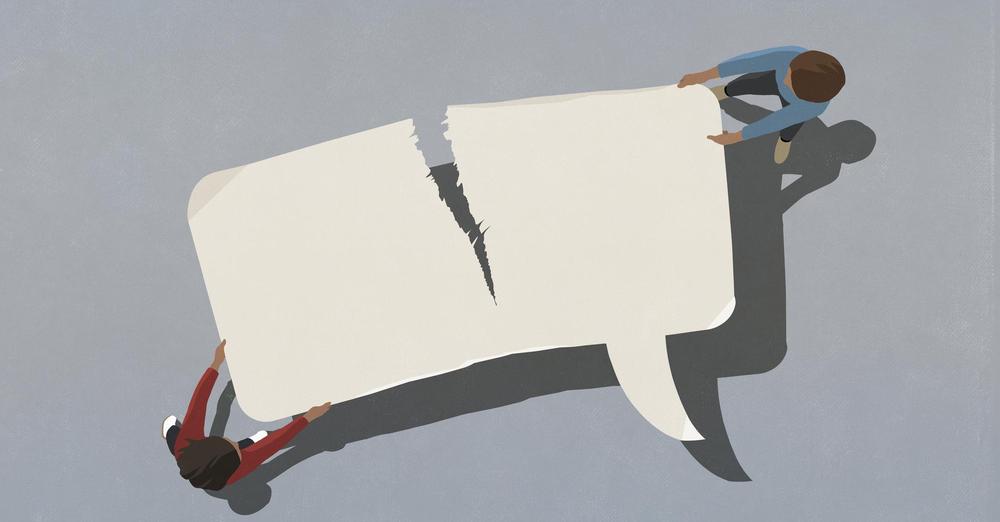 Everyone knows IQ and EQ. RQ, our relational intelligence, rings less often. However, it is the key for those looking for a lasting relationship, says professional matchmaker Annemieke Dubois in her latest book. RQ for singles†

In her dating agency Jade & Jules loves match maker Annemieke Dubois (46) is a professional in the anatomy of love. What makes two people fall in love with each other? What do we need to keep them together? U RQ for singles, her latest book, she brings together 25 years of insight into the relationship. ‘The world is becoming more and more unstable, and so are our relations. We are in danger of forgetting how lasting love works. ‘

What do you mean by relational intelligence?

Annemieke Dubois: ‘It involves a combination of different skills: introspection, regulating emotions, communicating about it and building trust. Unlike IQ and EQ, you build RQ with two. You can communicate openly and honestly about your insecurities. If your partner is flirting with someone else, if he fails to adjust his behavior or talk about it politely, you are still nowhere. Relational intelligence is about knowing what you’re looking for in a relationship, being able to point it out, and daring to decide to give up on something if necessary. ‘

‘It’s crazy how schools focus so much on learning languages ​​and math, but how we completely ignore interpersonal relationships. Relationships and feelings are still taboo in school. There we teach our children to believe in fairy tales: a relationship that doesn’t last forever is ruined by definition. That is nonsense, of course. It is time to learn to talk openly about such things and how to regulate those emotions. Education should play a role in that. ‘

‘Many expect love to fall from the sky deus ex machina’

Never before have there been so many ways to get off the street. However, the number of singles is growing from year to year. By 2060, approximately half of Belgian households will consist of one person. What’s happening?

‘Going online has made our relationship much more superficial. Based on three words and a photo, we decide if someone is worth the effort. Either we avoid depth, or we are too lazy to seek it. However, many of our previous partners would not have a chance in such a dating application. We are not very intelligent in this area. ‘

“I think it has to do with the identity economy we live in and the expectations we project on our partners. We want an intellectual click, chemistry in bed and a spiritual connection. It is quite demanding and fits in with the way we seek to maximize happiness in every area. If we learned to approach it a little more modestly, we would feel less restless. ‘

Do you see that in your practice as well?

‘In my practice I see three trends in the way a partner is sought. There are people who think very little about what exactly they expect from a relationship – and therefore not about what they offer themselves. When I talk to them, I notice that it was preceded by a little thought. They expect love to fall deus ex machina out of the blue. The second group is diametrically opposed to this one. These are the people who arrive with a list of requests from here in Tokyo. In both cases, the chance of disappointment is the same. Knowing what you want and keeping your eyes open at the same time is an art. The last group, people who are confident in life, who know what they want and what they have to offer, can do it very well. They also end up in a lasting relationship faster. ‘

‘Fear is the greatest saboteur in relationships’

In your book, you state that approximately half of those over the age of 35 struggle with attachment problems. How did that happen?

‘Attachment problems can arise in childhood, through upbringing or from previous broken relationships. Rejection, cheating or other problems can cause you to become insecurely attached later in life and protect your heart. I see a lot of fears in my practice. Fear of separation, fear of devotion, fear of choice, fear of failure, etc. Social media feeds those fears. We are just one click away from other attractions. The mistake happened faster than you think. Fear is the biggest saboteur of relationships, especially if you don’t communicate about those fears. ‘

Fraudster syndrome is a well-known concept in the workplace, but you can see that it is increasingly appearing in relationships. What it means?

‘Anyone who starts a relationship after 30 may already have some relational baggage. Several exes have already been screened with both partners. Thanks to social networks, it is very easy to track down these old lovers. The danger is that you start comparing. Is he or she more successful, interesting, handsome or creative than me? Before you realize it, you begin to feed your own insecurities and question yourself. What does he or she actually see in me? Would he or she want to see me? In such moments, it is important to understand that everyone has a past. And that your partner is with you today because your relationship has a future. Try to shift the focus to positive things and build from there. That, of course, is easier said than done. Emotions are not rational. ‘

In a healthy relationship, there is a nice balance between autonomy and surrender, you write. But that surrender also implies addiction. And let it be something we as a society resist together.

‘Addiction has really become a bit of a curse. Still, the illusion is that it can be avoided in a relationship. In love, there is an eternal tension between freedom and connection, and both are necessary for a relationship to succeed. Of course, after a few years there is a compromise between the two. I think it is important as a couple to continue to explore these two values, whether you are in your couple’s territory or not. Too secure connections run the risk of falling into a rut. In very free relationships, passion can lead to destruction. It would be ideal for you to find a middle ground in this together. ‘

The cover of your book says that it is intended for singles, but you explicitly emphasize that the choice not to enter into a conventional relationship is legitimate. Should we as a society look differently at this growing group of people without a permanent partner?

‘I think it’s absolutely important that people with and without a relationship show more empathy for each other. As a single person you go through completely different processes than as a couple. I recently had a phone woman in the office who pointed out to me that she had barely been invited to dinner since her divorce. As a bachelor you can suddenly become a threat, or people think that one extra person at the table just isn’t that interesting. And as a single person, you can sometimes condemn the lives of couples, especially if they are not very social. I think we still have a way in that area. ‘

Start the Search for her?

Join Jade & Jules as a private member and let us put our unique matchmaking expertise to work for you.